Do you really trust your marketing agency?

Do you really trust your marketing agency?

This year’s IPA Effectiveness Grand Prix was won by Bartle Bogart Hegarty for their work in transforming Audi’s UK business. Back in 95 when I joined the RAC marketing team, I chose the newly launched Audi A4 as a company car and the brilliant BBH TV ad played a significant part in this decision. 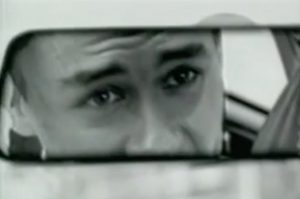 The black-and-white ad showed a yuppie playing squash, drinking with mates and jet skiing, interspersed with brief shots of him driving a car. His voiceover comments made me stop what I was doing because of their crass and objectionable nature: “The right car is important, it does impress people. Money nothing to be ashamed of, if you’ve got it, flaunt it”. At the end of the 60-second ad, he throws the demo car keys back to the Audi salesman and says “No….not really my style. You know what I mean!” The look from the Audi salesman said it all. I stood up and cheered.

It was an incredibly brave and confident ad driven by strategy. A few years later I managed the RAC advertising agency pitch and BBH was one of the agencies pitching for the business. I mentioned to them that I thought that their A4 launch campaign was brilliant and they told me that it nearly didn’t get approved by the client.

They showed the ad to the VW-Audi Germany board of directors. As the ad played, the directors smiled liking the positioning of the young successful businessman typifying their target audience. However, their smiles disappeared when the guy threw the keys back at the end of the ad. One of the directors commented “But he didn’t buy the car.” BBH responded “That’s the point. Our target audience is the antithesis of the guy in the ad.”

In their research, BBH identified that drivers of Audi cars and BMW cars (their key competitor) were largely similar when comparing traditional demographic data such as age, social grade, income, gender etc. However, there was a significant difference attitudinally between drivers of the two brands. For BMW, there was a small proportion of drivers who completely agreed that the BMW driving experience was second to none and it was the ultimate driving machine, as claimed by BMW. However (at the time) the majority of BMW drivers were outer directed and agreed with statements such as:

In contrast, the majority of Audi drivers (at the time) were inner directed and tended to disagree with the above statements. It was more about buying the right brands for themselves and not ‘showing off’ to other people.

The BBH strategy was that confident inner-directed drivers would  recognise the ‘hero’ was definitely not one of them and would be intrigued by his decision not to buy the car and be interested in exploring further.

The strategy was an early example of shifting from demographic to attitudinal based research and marketing and probably the first use of an ad featuring the antithesis to the target audience.

Going back to the Audi board meeting, although the Audi-VW board were clearly confused and probably disappointed, they noted that BBH had helped them to significantly grow their UK business. They trusted BBH and approved their recommendation. The A4 launch went on to become Audi’s most successful new car launch.

It is great to see that nearly 25 years on VW-Audi’s confidence and trust in BBH was not misplaced and they are still benefiting from effective marketing that continues to transform their performance.

Do you trust your marketing partners?